In Ribeira Sacra there are many places that we can designate as “magical” and the monastery of Santa Cristina is without a doubt, one of them. Its history, its beauty and the place where it is located are some of the reasons that make it so worthy of this adjective. 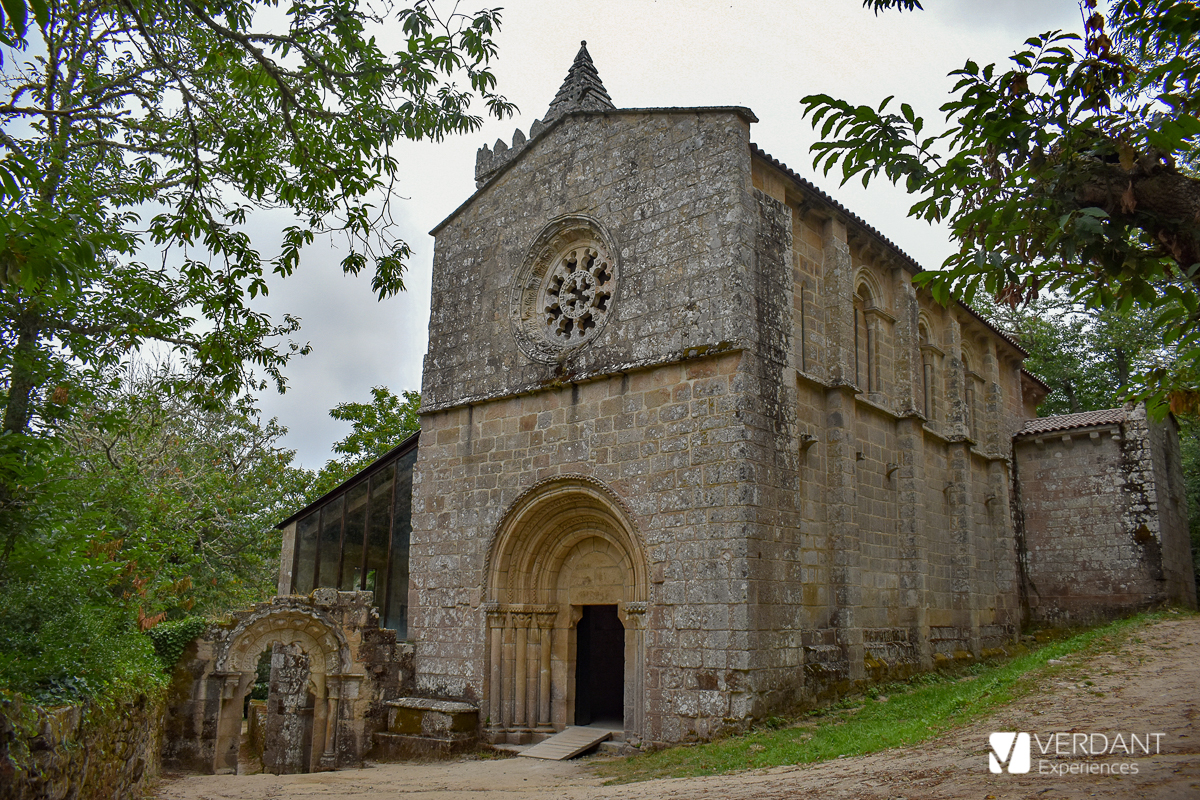 The monastery of Santa Cristina, located in the municipality of Parada de Sil, is one of the many Romanesque monasteries that existed in Ribeira Sacra. During the Middle Ages, about thirty monasteries were built in Ribeira Sacra. Only eight of them remain on place as a monastic complex, located mostly in the Sil Canyon area, in the province of Ourense.

All of them have some distinctive feature that makes them unique. In the case of the monastery of Santa Cristina, and as we mentioned before, there are a lot of reasons why this place is so special.

The first thing that stands out is its location. It is known by everyone that monks and hermits chose the most remote places for their spiritual retreat. However, could they have chosen a more inaccessible place? We doubt it, because even today the road to get to Santa Cristina causes dizziness. 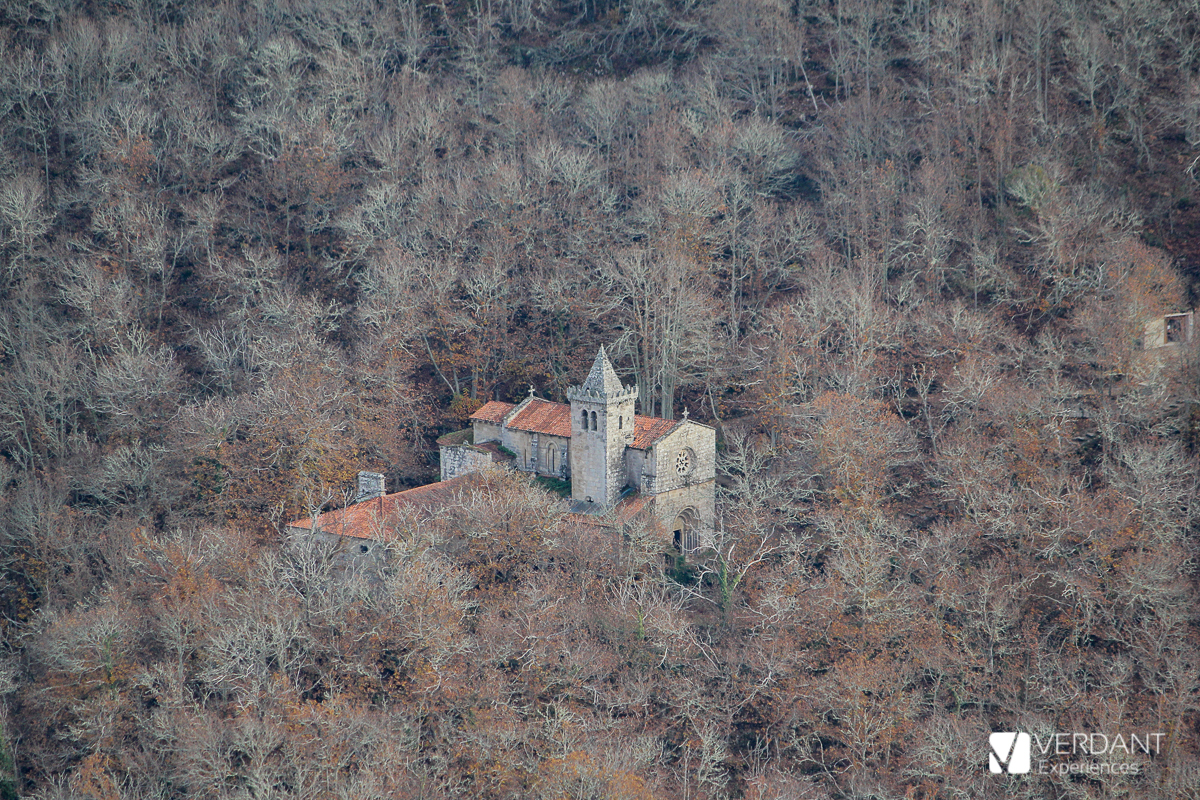 The access to the monastery is through a winding road with a 13% slope  inclination, in the heart of the Sil Canyon. And there the highway ends, in the middle of the Canyon, as far from civilization today as it was 8 centuries ago.

We are in front of a modest monastery, completely surrounded by chestnuts trees,  just a few steps from the Sil river. An idyllic landscape, without a doubt. 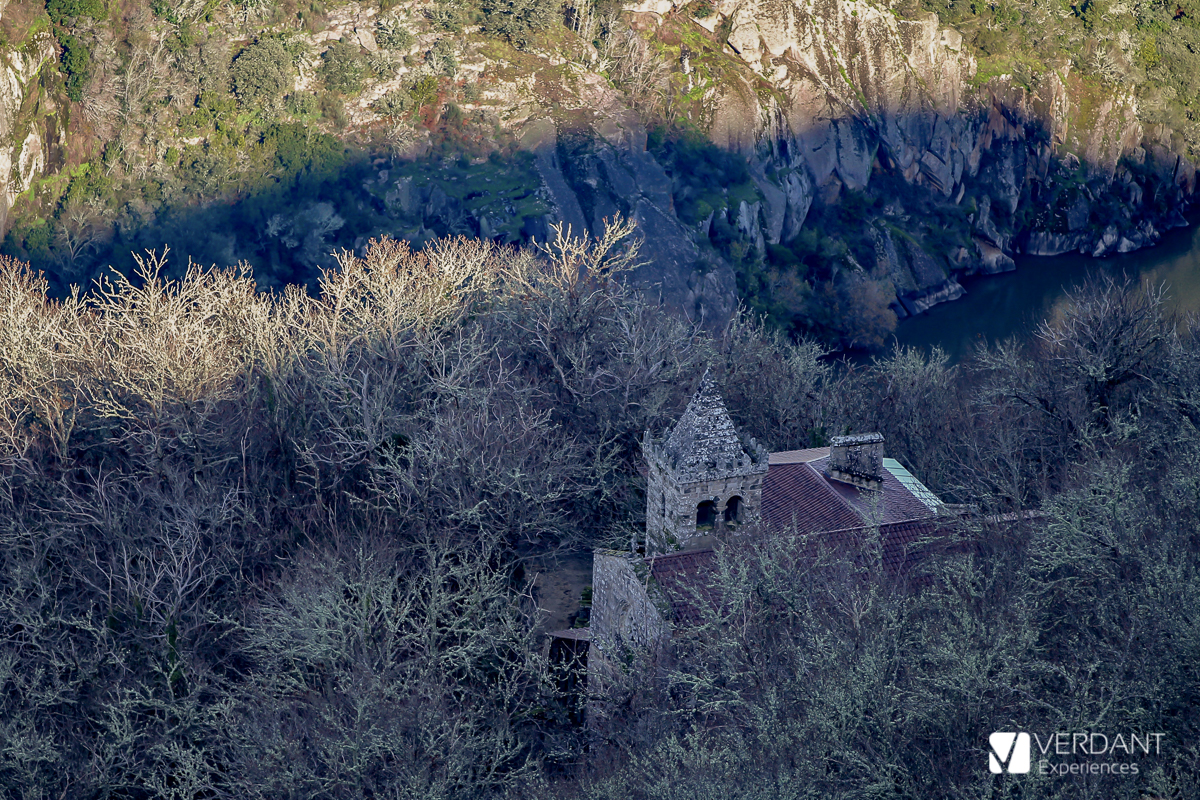 But... when did the monks or hermits decide to settle in this remote place? Well, the truth is that we cannot date the exact moment, although we can confirm that this place was already inhabited in the 9th century. Precisely, the documentary collection of Santa Cristina was opened in the year 876, with a document of assignment of properties, which indicates that back then the place was already inhabited. 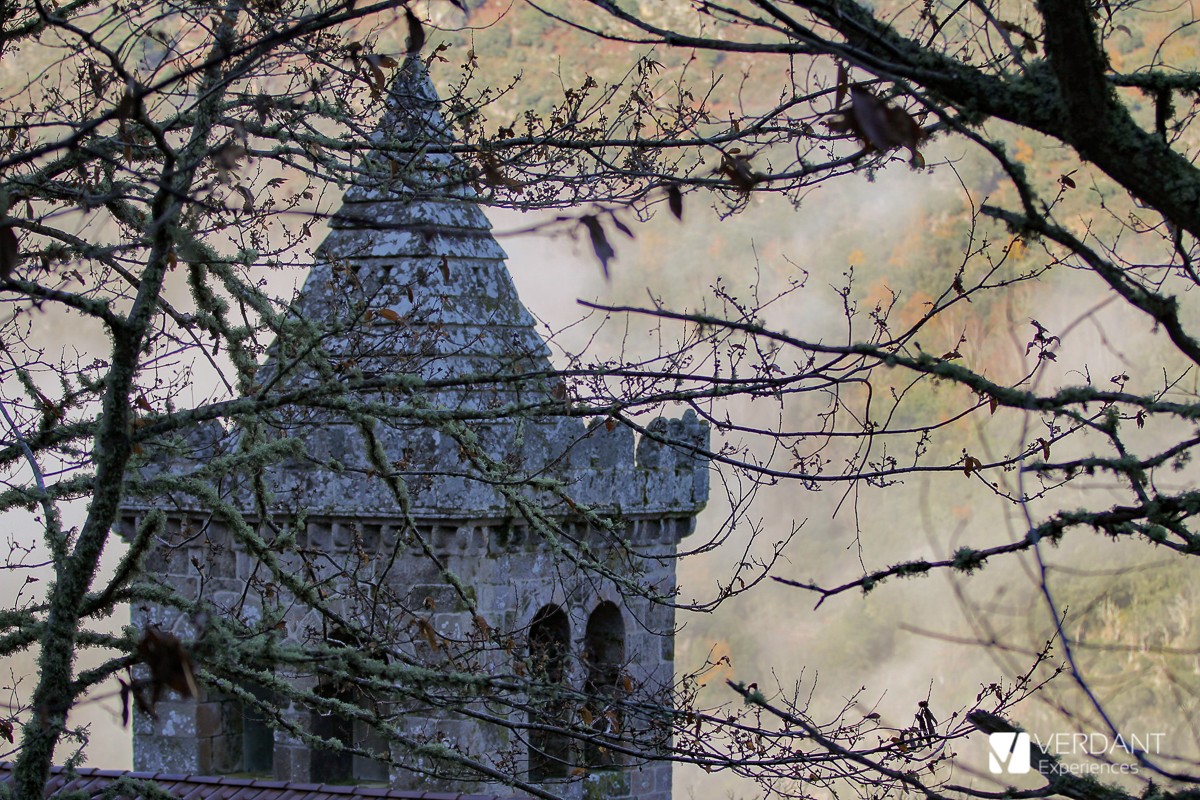 We descend on foot to the monastery along the magical access path and what we find as soon as we reach the end is a beautiful and simple building. A Romanesque church from the end of the 12th century and the beginning of the 13th century, that has been unchanged throughout the centuries and therefore holds with honor the title of “the Romanesque jewel of the Ribeira Sacra".

We don’t have information about how the monks lived in the monastery of Santa Cristina de Ribas de Sil, because there is not documentation about it. Summarizing its history, we know that the monastery accepted the Benedictine rule in the 12th century, just at its glory moment. Life goes on here for another three centuries without any newness in the existing documentation, except the contratos de aforamiento (some kind of rental agreement) signed between the monastery and the renters. Until the 15th century, moment in which the monastery went bankrupt, like most of the monasteries in Galicia.

The monastery of Santa Cristina was rescued thanks to the “reform” of the Catholic Kings, who annex it with the most important of the monasteries in Ribeira Sacra, the monastery of Santo Estevo de Ribas de Sil, losing its independence in that way. Later, during the 19th century, the monastery passed into private ownership with the confiscation of Church properties (done by Mendizabal) and it was recovered by the Church at the end of 1980s, who, with the help of the Public Administration, restored it, leaving it as we can see it today. 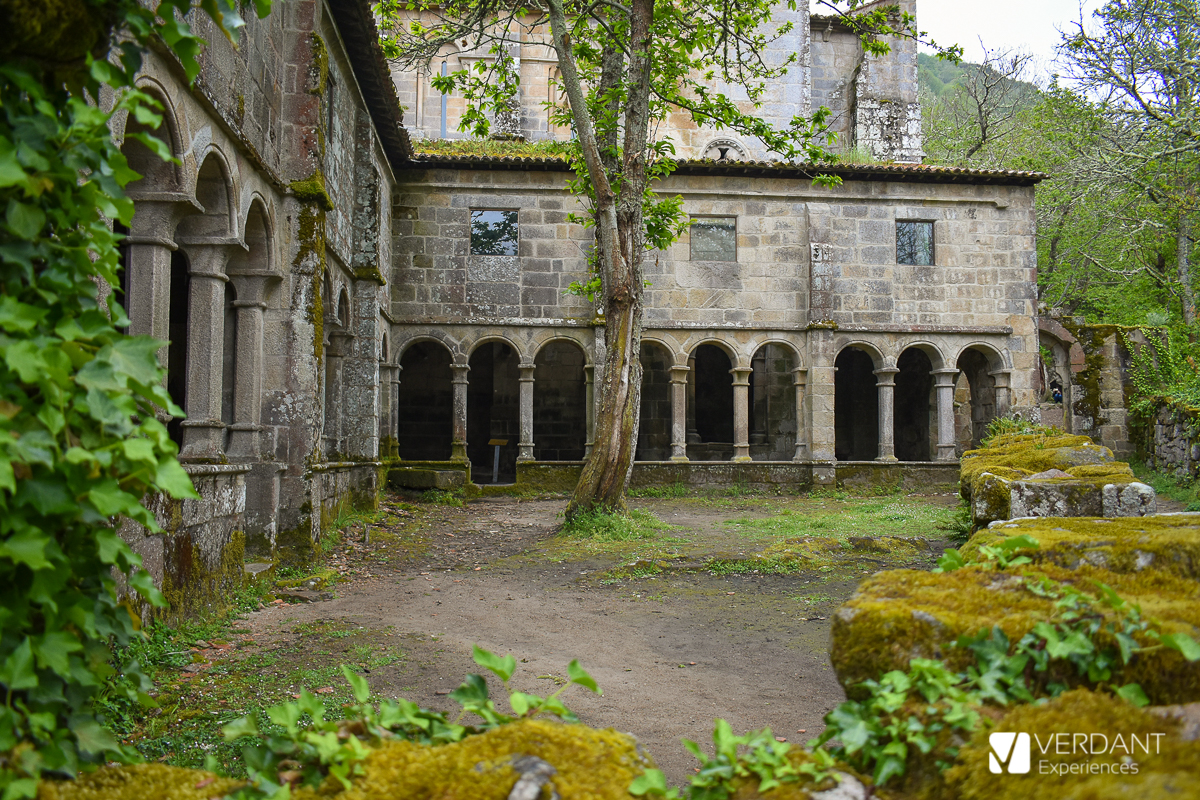 This monastery went through some architectural process, which left us genuine artistic jewels: a bell tower that seems a defensive tower, a particular rose window, a lovely entrance door to the modest (and unfinished) cloister, mural paintings from the 16th century and many other special things that we prefer to tell you in situ. 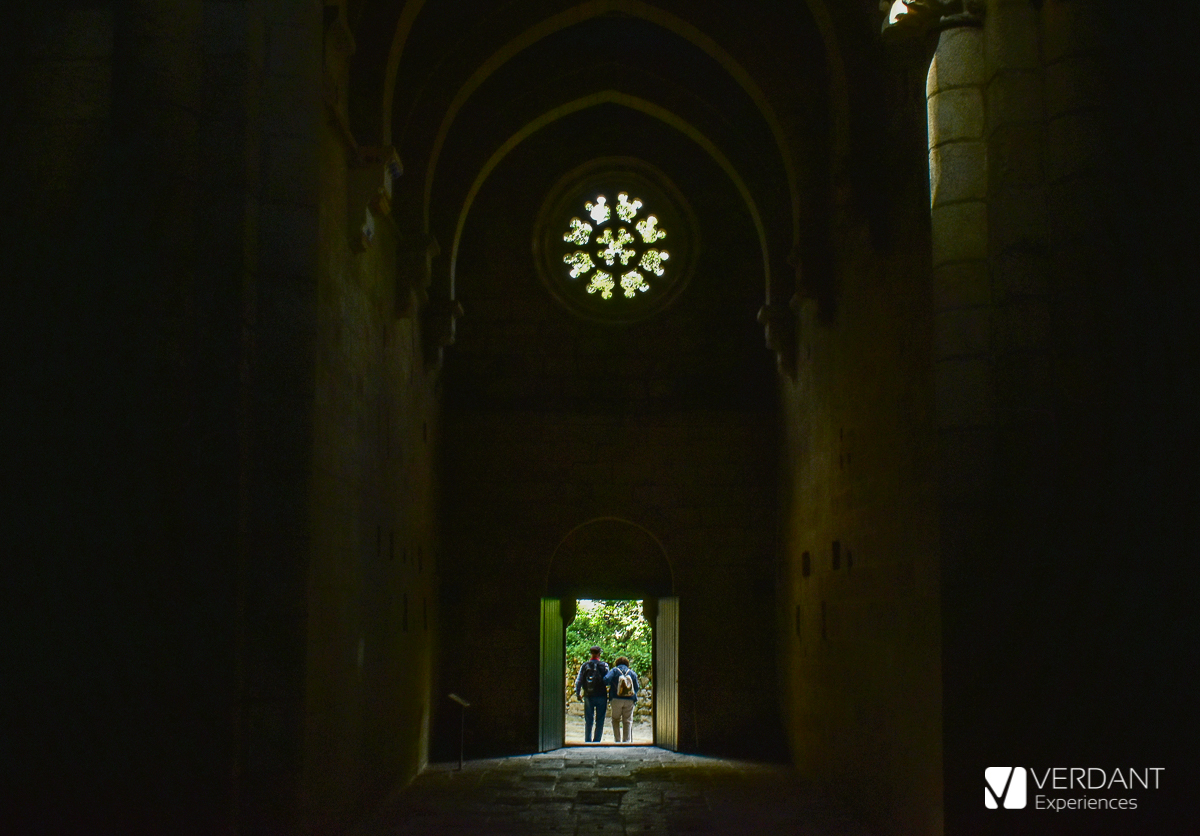 As a summary this is a very special place for us, which we would love to share with you. At Verdant Experiences, we visit the monastery of Santa Cristina de Ribas de Sil on our regular excursion “The Sil Canyon” and it is also one of our recommendations for our private tours in Ribeira Sacra. For more information you can contact us through the contact form. 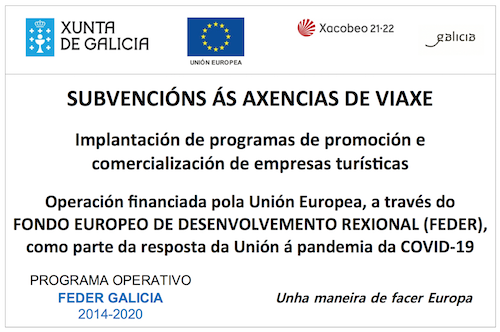